No title at least not at this time.

i have nothing to say but I will say it well. Had this been an actual emergency you would have been instructed to tune in

to  radio station playing Lola or Great Balls of Fire. Please extinguish all smoking materials as we descend in Newark

Airport, have your passport ready and proceed to Terminal Bar. On the soundtrack The Peppermint Twist. Further instructions will

be made by The Big Bopper you know who he is. At the airport I saw Sam the Sham and The Pharoahs. Jim Hayward was

downstairs watching the basketball game drinking Tequila and had no idea where I was we turned left and wound up in Compton.

streets were paved with gold by Yves Klein and the Lakers had left Minneapolis forever,

i was the President of The Dick Clark Fan Club No.7. In Chicago and I handed out membership cards to all the girls at the YMCA.

we danced the night away a lot of Chubby Checker doing The Twist again like we did last summer.. we would go to The Submarine

Races at Lake Michigan. Johnny Mathis would sing Chances Are. Later we go to Mary,’s Pizzeria on Belmont Avenue near the Ball-

Room where the gangster boys hung out but never danced we listen to WVON radio.

The art school was full of beatniks and actors who would talk loud about Lenny Bruce and The Hungry Eye and The Palmolive Bldg.

had just become The Playboy Tower with Sammy Davis Jr. singing to Joey Heatherton The Candyman Can. At the Art Institute a. James

Speyer was hanging Peter Saul drawings next to Paul Cadmus drawings and the air was full of the Smell of Sweet Success. We would

climb high in the giant oak trees outside the Goodman Theater while the film crews were shooting Mickey One. Frances Bacon was

being served next inThe Morton Wing with a side of Alberto Giacometti and the band played Snatch It Back and Hold It, Jr. Wells and

Buddy Guy played til the sun also rises. We dreamed of a world without end. We were eternal we all danced in the pale moonlight with

Jack N. the Joker who took our zine and said A R T P O L I C E like only he could. Hayward and I went to Track 12 to see Chris Burden

but he was busy on top of a hill with a motorcycle and a giant wheel. And it was 1985 and Mike Kelley was still alive just back from

Australia painting Rothko’s Chapel in an apartment near his girl friend who was an art writer for A R T F O R U M Amy something.and

was 1999 again and Hip Hop had popped. Grand Master Flash was all over the radio in Chicago at every hot dog stand. 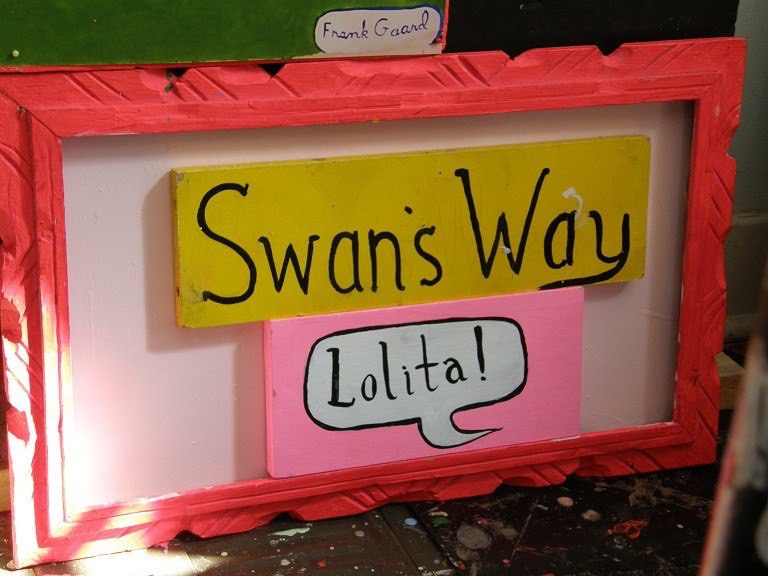 married to a stripper and was pretending to be Andy Warhol. We saw The Exploding Plastic Inevitable with Lou Reed and The V U

the Swedish Ambassador Mr Oldenburg bought us drinks while Nico sang All Tomorrow’s Parties. The Warhol films were projected

on a building across the street. We were so hip it was 1966 and the world was suddenly full of music and we left for California with

flowers in our hair, and I met Nietzsche and I was never the same.

On a building across the street where no one knows your name.